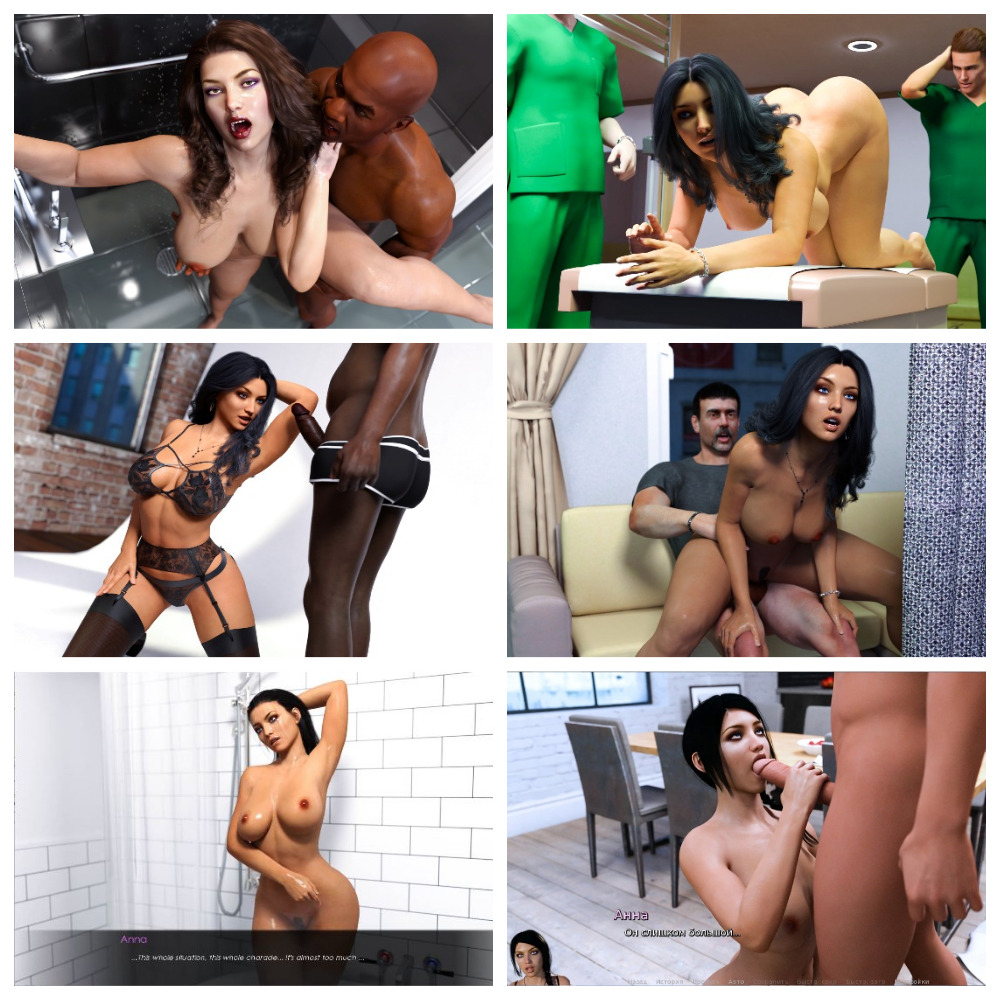 You will be playing the role of “Anna” and making decisions in her life as she will discover herself through the journey. There will be a main storyline with different outcomes depending on your choices, as well as lots of side quests.

Changelog:
v0.9
Please keep in mind that saves from the regular version are not working correctly in the Visual novel.
We have finally finished working on the v0.9 release of Chapter 2 and it’s called The Escalation
Old save files should work but we have included a save file that starts at the beginning of the update.
In this update, we changed the Park scene from the previous update, so there is a save file at the beginning of it. Also, Fitzgerald and Sergey’s storyline get a move forward, as well as Anna’s character. We have also introduced some new gameplay stuff so feel free to send us your comments. Some scenes will need more of your interaction and some might need to be played multiple times to get the right outcome
Added: More than 360 New Renders and 15 New Animations,
Fixed: Some major and some minor logic, bug fixes, Typo fixes
Still, many things are planned in the future and might change functionally and design-wise. This is a beta version, but you should be able to play through it without major bugs and get all of the scenes.
Choices now will have a lot more impact and different content so you will have to play through them multiple times to get to see everything. There will also be more or fewer choices depending on your previous path. You can also miss some scenes as not everything is mentioned in the journal, so read dialogues
Collectibles are images of Anna and other characters out of the game in different settings. They can be in different places at different times of the day. So far there are eight, and more to come.