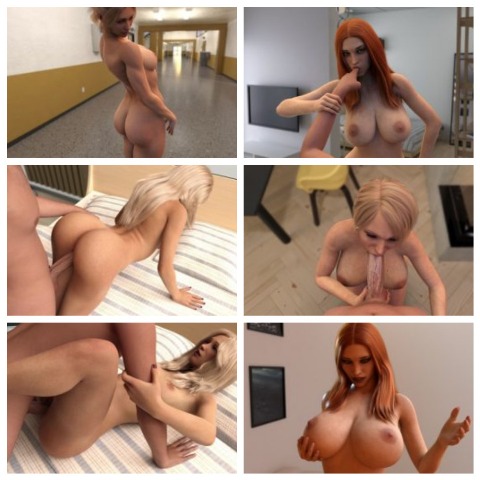 After two years of working your butt off in college, you finally managed to qualify for an international student exchange program, which also guarantees you a generous scholarship. It was supposed to be a hell of a year-long adventure – you and your girlfriend Summer (who made the cut as well) together in sweet, sweet Paris. Sounds nice, doesnâ€™t it? Well, maybe if the principal didnâ€™t suddenly exclude you from the program completely

What’s more, you’ll meet the brunette girl next-door Anna and her four-legged friend. Baxter is no longer the only dog in the game! But don’t you worry, this isn’t a game only about dogs, there are some really hot renders featuring Anna too, if canines are not really your type.

There’s a trip with Blanca coming up in the near future, so you’ll also have a chance to buy necessary supplies for the trip to the tropical island. Oh man, such trip is a real fun on its own, but try adding Blanca to the mix…you better fasten your seat belts and stay tuned for future releases.