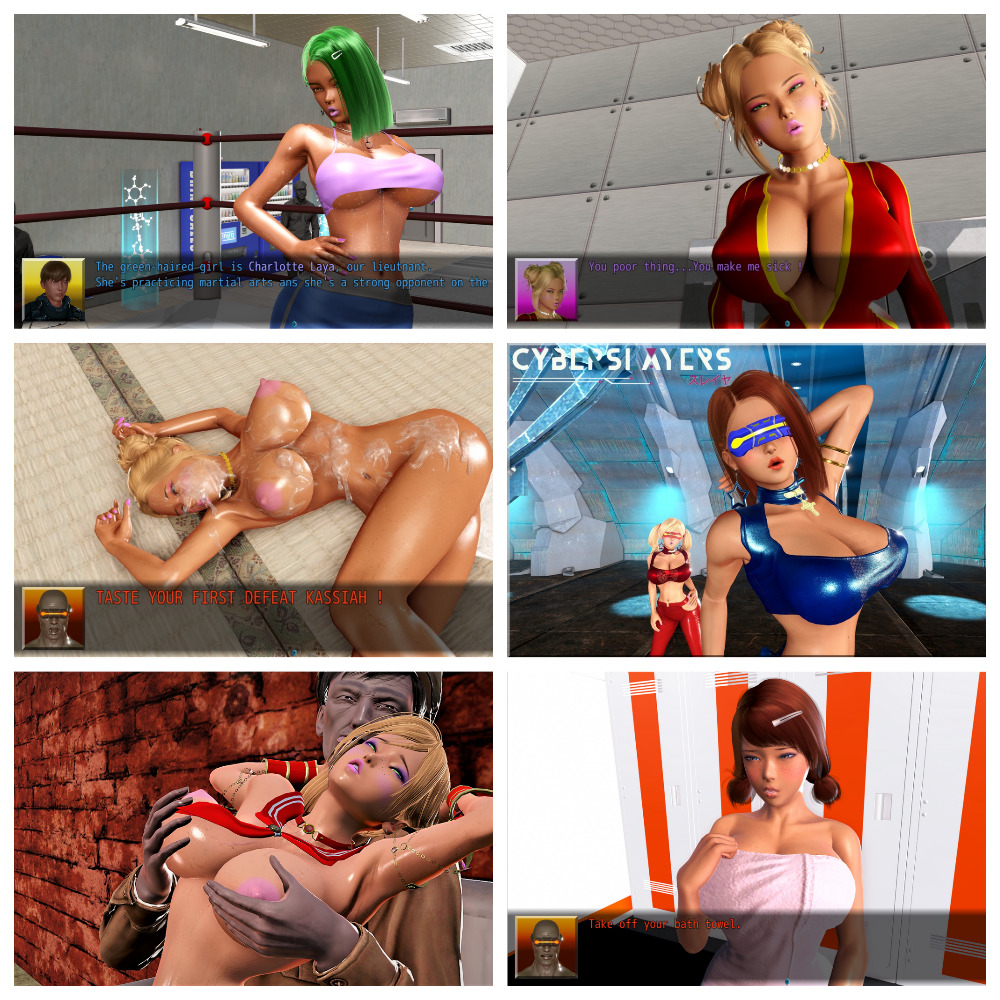 2039, the giant sprawling city Zenon is in crisis because of tensions between humans and mutants over the exploitation of dark energy.
Cybercorp, a powerful organization is causing controversy by training mutant hunters with special methods.
Aline, just 18 years old, decides to leave the comfortable cocoon of the Alpha sector to immerse herself in a harder and more hostile world composed of the Beta, Gamma and Delta sectors.
Trained in martial arts and having passed her virtual police training with success, the brunette enters the city’s police force as well as a Rookie Slayer at Cybercorp.
Her naive vision of the world is about to change forever…as is her destiny, out of the ordinary.

Changelog:
v0.33
Update Only: Please note that this update only works for updating from CYB 0.3.2A to 0.3.3. Updating from older versions (0.3.2, 0.3.1…) won’t work..
MANDATORY : Please also download the Patch II for Cyberslayers 0.3.3 either you downloaded the full or update version.
Fixing little things there and there (see patchnote)
How to install the patch : Drag and drop the “data” folder in your game directory, replacing the old one.
Patch I (old)
– Fixed a bug loop when Kassiah is masturbating for the first time in Cybercorp and Aline can’t do anything the morning after
– Fixed a bug where Aline using the pc during the day/evening could turn to Kassiah in her Cyber Room when leaving the pc
Patch II (new)
– Fixed a bug where Kassiah appears in the shower instead of Aline (Trog here) when Kassiah resists Trog
CYB 0.3.3 Patch II is in attachments below.