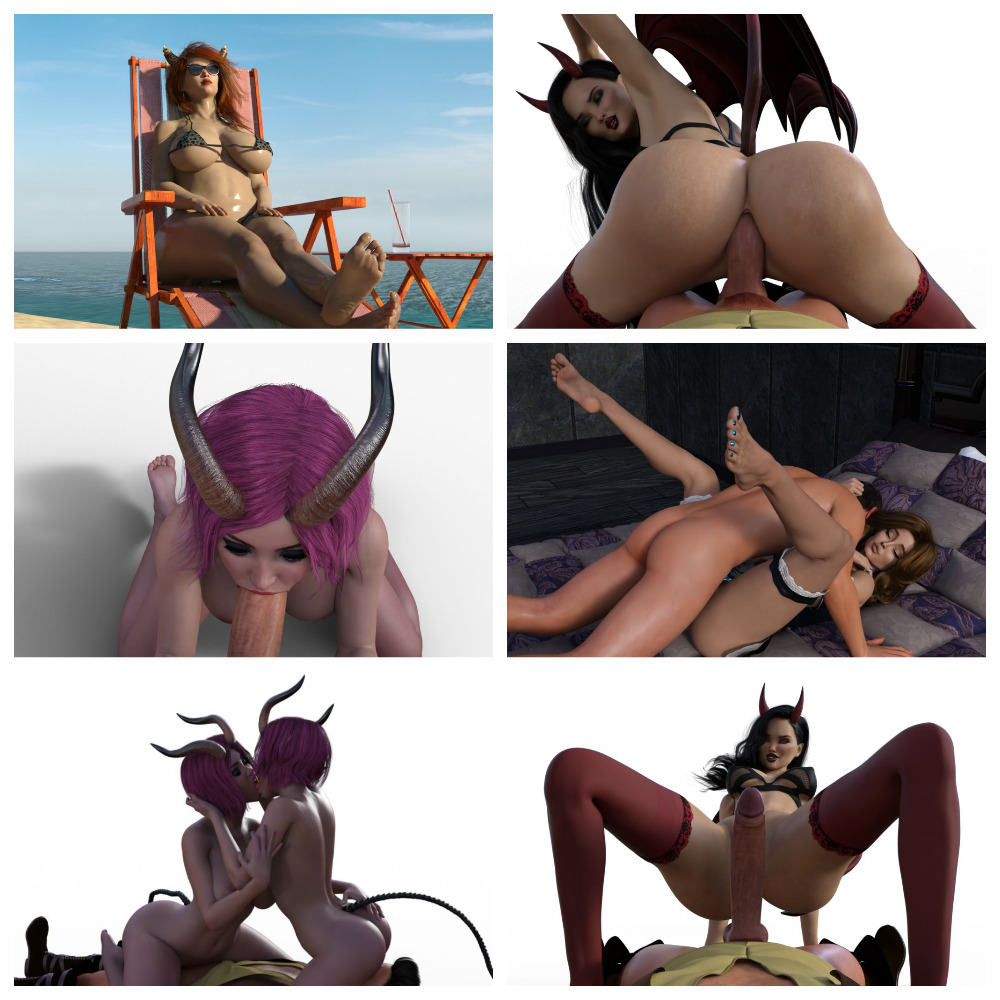 You are the Hero of Cradlestone a kingdom on the brink of destruction. The Kingdom of Succubi is far too great a threat for anyone to handle alone. So you have returned from your travels to meet with a representative of the angelic forces in hopes to gain an upper hand in the coming battles. However they seem to be running late.

Changelog:
v2
-Actual story paired with quests and fights that provides about 1,5 hours of gameplay.
-The way that enemies drain levels is now proportional to the level difference between player and enemy.
-Added Energy Points system to the game that can be spent to unlock new areas.
-Expanded Infested Monastery (Previously Infested Ruins)
-One new boss enemy with two lesser scenes and one major.
-Astarte now has different battle AI, new skills, intro scene and one new battle scenes in giantess form. To trigger the intro scene progress Obscure Mansion quests
-Liliett now has different battle AI, two scenes in battle, new skill and an intro sequence. to trigger the intro sequence progress to the new path in Infested Monastery
-Nimardentia has one new grapple attack in giantess form and an intro scene. To trigger it progress Faraway Archipelago
-Two short intros for two new characters: Ceren and Suzanna
-Added new temporary functions to Zahrya
-Added some tutorial messages
-Shortened battle worship scenes
-Adjusted power of certain weapons
-Changed the way vore scenes absorb exp
-Fixed a lot of bugs and unexptected behaviors
-Fixed black screen bug
-Adjusted messageboxes to make them consistent throughout the game
-Gallery enemies now must be encountered before finding them in the gallery