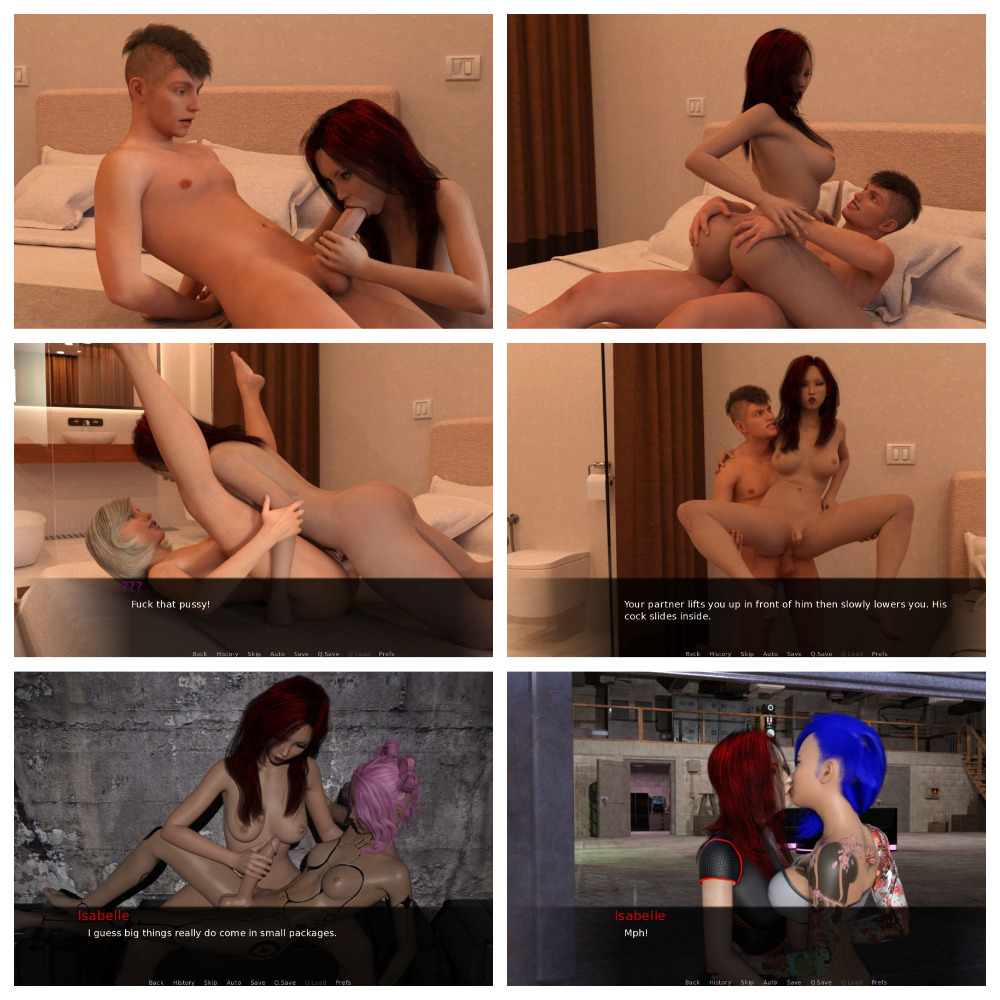 Hidden away in a back alley an android awakens from a long sleep. Little does she know it, but buried in her code lies a program that will have every person of power in Vortex City looking for her.
The futuristic sci-fi city is split into three equally dangerous districts. Despite the dangers, many are drawn to the promise of fame and fortune including humans, cyborgs, androids, and more.
Will our little android survive in a future she never thought she would see? What sort of trouble will she find herself in? Will she find love? Or will she prefer to pursue lust and debauchery? Maybe even both?

– Main Quest advanced. This is the first no-turning-back point. (No more info due to spoilers.)

– Added a new damage over time effect to combat. It triggers at action/attack end. (No more info due to spoilers.)

– Added 1 new weapon. It is a very powerful endgame weapon. This power scaling weapon can be obtained from the new enemy and CAN BE MISSED.

– Added the Apartment location. It is unlocked through the main quest. It functions similarly to the hotel. More features will be added later.

– Propositioned NPCs can now be brought to the apartment in addition to the hotel. These scenes have their own unique ID for unlocking them in the gallery, but they are the exact same scenes with the apartment as the background instead of the hotel.

– Added the apartment proposition scenes to the gallery. The icons will always show the hotel regardless of which variation you might have unlocked. (Might change that later.) If you have both variations unlocked, you will be able to select the location after clicking on the scene you wish to view. There may be bugs.

– More powerful enemies will begin appearing in Old Town and The Click after clearing the most recent part of the main quest. These enemies have increased credit rewards if you defeat them. Let me know if they are too powerful.

– Added 3 new jobs unlocked through the main quest. One of them can pay more or less credits depending on how far you go.

– Added a new outfit unlocked with the new jobs.

– The villa scenes can now be skipped to prevent forced male/female content. This applies to both during and after the quest.

– Removed the old gallery. The new one is accessible from the holo-visor in either the hotel or apartment.

– Fixed a bug preventing weapon cooldown from decreasing if the enemy attacked first.

– Payment from jobs and bounties have been rebalanced with a new formula. The payouts should now be around 250 credits at minimum stats and around 500 credits at maximum stats per battery point spent. There is a little variation now as well. This should be a buff overall, though some payouts might be slightly lower than before due to the new variations.

– The first 3 jobs worked per day will now get a +25% boost to the final payout. Jobs worked after that will pay normally. Resting anywhere except for the alley will reset the counter.

– Battery Boosters can now only be used 5 times per day. Resting anywhere except for the alley will reset the counter.

– Fixed battery boosters being able to push the battery amount beyond the current limit.

– The planned romance options have been pushed back to the next release. I intended to include the base functions with placeholders, but I’m just going to hold everything until the next release.