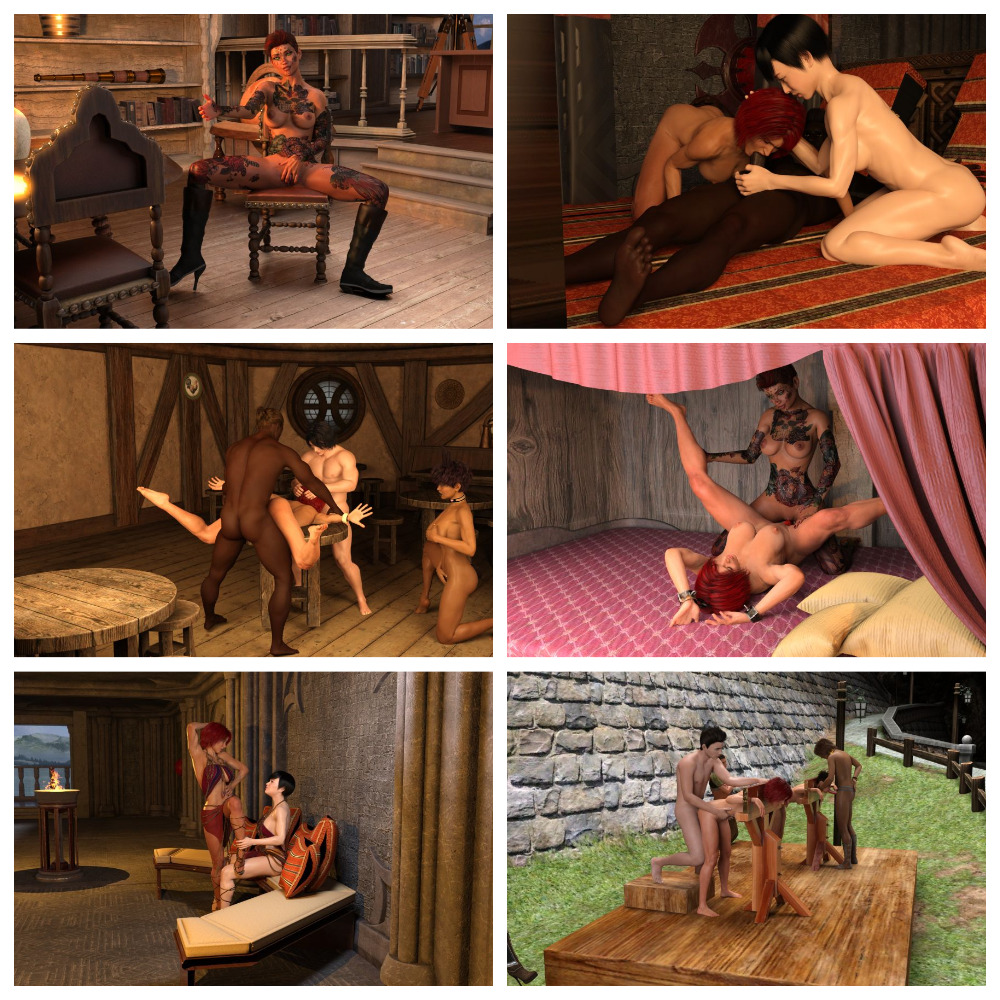 You would never have thought, in your wildest dreams, that being attacked by pirates
was something you would be deleteriously happy about.
Of course, you never would have expected to end up in the hold of a slaver’s galley,
after a long chain of events you still can’t quite wrap your mind around.
You hadn’t thought your luck could be so bad.

Build 14 primarily focuses on building up the Fleet Faction. It adds a similar level of Faction content to what Build 13 added for The Order of the Rose, a full dozen scenes, some of them quite long and all of them repeatable to some level or another. The other 4 scenes of the build, per patron voting, focused on adding a few more Chastity Scenes.

Fleet Faction: Unlike the Order of the Rose, the Fleet Faction is made up of three separate branches. The Adventurer’s Guild, The Raid Fleet, and the Espionage Service. Each of them now have their own locations and their own leaders!

The Adventurer’s Guild: Specialized in monster subjugation, this is one of the riskiest occupations on the Isles. Adventures go into danger knowing that monsters won’t kill them, do to a Blessing on them…but that they might do…other things, if the adventurers lose their fights. Don’t worry, running away is always an option!

The Raid Fleet: Responsible for guarding the waters around the Isles, as well as attacking ships identified by the Espionage Service as enemy vessels, the crews of these ships work hard and party harder.

The Espionage Service: Made up of those willing to…make use of their natural assets to acquire information…the espionage services wheedles information out of nobles, makes contact with information brokers, and more. All in the service of the Isles. It takes a certain type of person to be okay with everything they need to do, though…

New Chastity Content – The Market – You can now wander the Market on the Main Island while in chastity, triggering two new possible scenes.

New Chastity Content – Rose Aclyote – Some new opportunities for a Rose Acolyte who has found themselves stuck in chastity for whatever reason, have appeared!