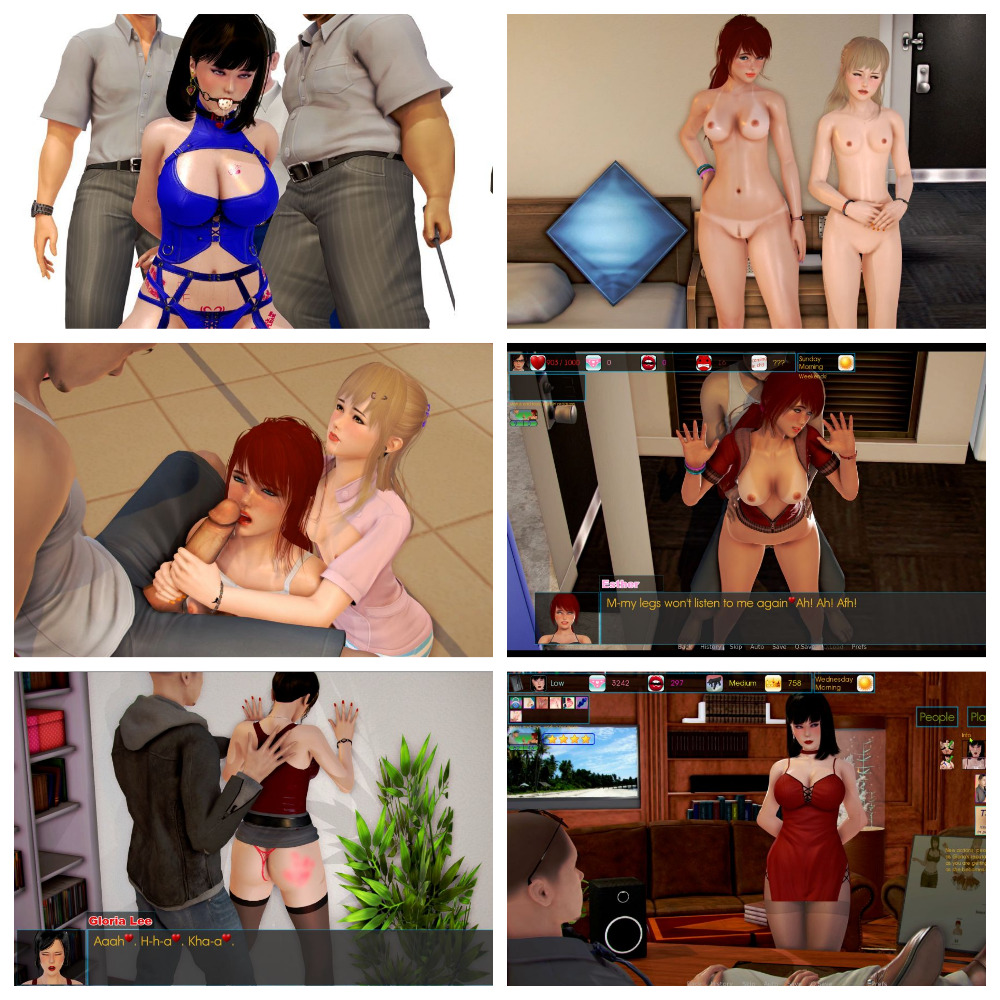 A Trainer-like, mostly animated game with its main focus on submission, humiliation, and female orgasm control/denial.Also includes outdated memes and a love story. The main story follows the life of Sam. He’s a simple guy within the mafia circle, who gained access to highly experimental tech.Most functions are unknown, and he, with some help from lively redhead Esther, will try to figure them out.How? Using it on his bitchy boss and girls around him!

~50 animations and ~30 pictures were added in total (as I said, very small patch);
some of people’s suggestions from previous posts implemented – mostly to cover Gloria’s viewpoint, what she does in her free time;
almost all content is placed inside repeatable mini-events, you can turn them off 1-by-1 after seeing them a couple of times, reset them at the Laptop;
Gloria now takes a few “Snapchatty” pictures of herself during all of her corruption phases, added a separate button to the Laptop to review them (might take a few day-offs on an old save to unlock them first);
This build already has an updated gallery with all the new stuff (except selfies, on an old save – play for a few weeks);
Slightly simplified phase 1 (less Hate);
Esther now loses a lot less IQ during orgasms (5->3); also doesn’t cost as many E-points to send E+M to work at the club as bunnies;
Fixed a lot of missing text-tags, missing portraits in some dialogues, etc.
Removed some debugging info here and there, cleaned interface a bit, Renpy v8 ready (no more 32bit systems, faster performance);
Removed animated portraits from that one event where I experimented with them;
other un-interesting bullcrap fixes;
something else;

Downfall: A Story Of Corruption v0.10