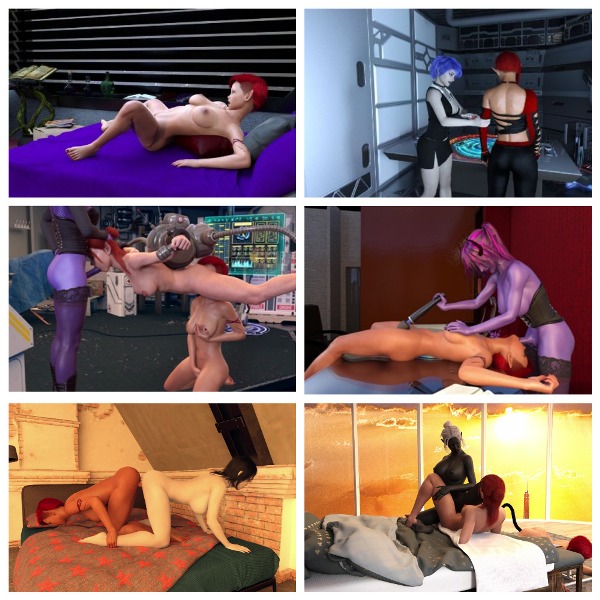 A talented Battlemage, you are struggling to find work for your type of magic in a post-industrial
(Magitek/Magic Punk) world that no longer has much need for battle magic. To be fair, you were warned about this.
Your parents, your friends, even your instructors at university all pointed out that Battle Magic,
once the most important of all fields, has long lost its purpose.
The monsters are all dead or uplifted to being civilized.
Dungeons all long since discovered, looted, and destroyed.
Even warfare is now dominated by magitek warmachines and tools, all the products of artificers and enchanters.

There’s actually quite a lot packed into this build, given that it was a February build. There are two new non-animated ‘date’ type scenes, plus 7 animated scenes (Total of 9 new scenes). Included are:

3 Dates/Working Days with Talia – This brings her in line with the other girls for weekday content.

The First Major Event – This includes a route option for each of the girls.