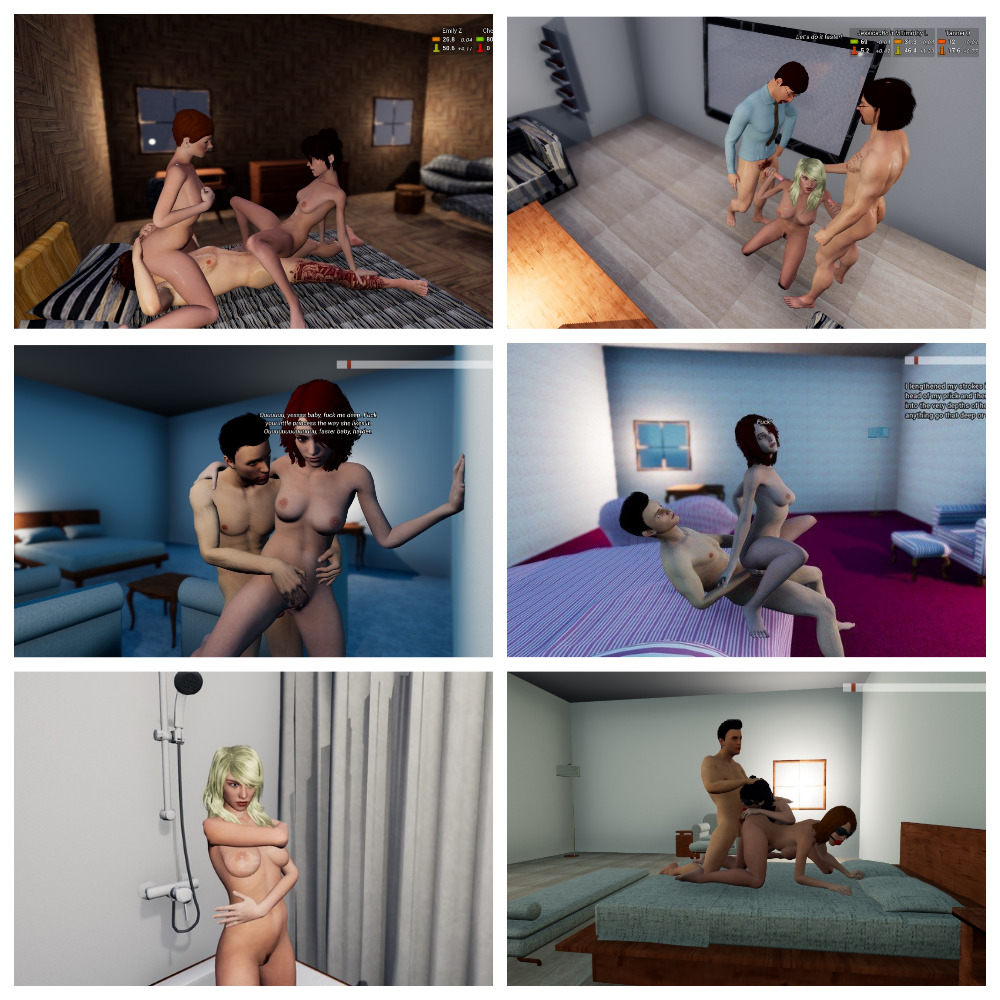 LifePlay is a life simulation RPG that allows you to play in 186+ real world cities. The game has extensive character customization and includes 632+ scenes, depicting life situations where your choice matters. The 3D sex scenes have 250+ animations, accompanied by well-written erotica.
With a new update every 2 or 3 weeks since its first release in April 2018, the game already has a lot of playable content you can enjoy for tens of hours. It’s also very moddable – click on “Third Party Mods” from the main menu to check out what modders have made, or check the Docs folder to start modding yourself.
The game covers many different fetishes, but all of them are optional and can be disabled / enabled depending on your taste.

v5.7
Change Log:
– This update is the first Kink of the Month update for August, focusing on Elves, Orcs and Vampires. Content for these various fantasy races is enabled by making your own character one in the character editor (load preset > tick blend > elf/orc/vampire), and/or Esc > NPC Distribution > set the percentages for the races you want content for above 0.0%.
– Some of the ideas in the brainstorm this time lean towards adding a completely new fantasy race like goblins, dwarves, catgirls, succubi, etc, rather than more content for the current 3. However, because adding a new race involves a lot of prep work i.e. adding models and animations for them as well, it would require a whole update to add one race. As such, for v5.7, I’ve stuck to the brainstorm ideas for elves, orcs and vampires for the last time, however, from now on, whenever Fantasy Races wins the poll (quite often to be fair), instead of the brainstorm, it will be a follow-up poll on which race to add next instead.
– Fitness+muscle and intelligence increases are tracked for orc and elf player characters respectively and each week, you receive an extra 50% boost of how ever much you gained in the last week.
– Orcs have become infamous for sexual crimes involving multiple perpetrators. One law-abiding group of orcs (with a gender you’re interested in) decides to instead start a legal escort service for customers with gangban g fantasy to fulfill their urges without harming anyone.
– You’re fending off a vampire attack, only to be saved by another law-abiding vampire who claims to only to feed on the inferior but legal animal blood. This vampire is well-adjusted and charming and soon asks you out on a date, which could be the start of something special … or an act all along.
– You come across a hot elf and ask them out, only to be rejected in the meanest way by the arrogant elf who considers themselves superior to you. Another more down-to-earth elf saw what happened and offers to go on a date with you instead.
– You come across an 18-year-old elf/ orc virgin who runs away from their tribe after finding out they are the next annual tribute to a corrupt local official in exchange for letting their tribe live in peace. You can simply hand them over to their tribe for a small reward, offer to pay a big bribe to the official instead or threaten to expose the official using your law knowledge and connections (interpersonal + intelligence > 170). If you save the virgin, they’ll feel oblidged to offer you their virginity instead. You can refuse for a huge karma boost.
– When hanging out with a friend at home and in a relationship with a vampire, they may demand that you lure the friend to drink too much and sleep over for the vampire to suck blood from. You may also convince your vampire SO that it may require more than alcohol to put your friend to sleep.
– You came across an orc or elf running from their inbreeding tribe. You can hand them over, pay for their freedom, threaten to prompt a goverment investigation upon that tribe’s illegal practices, or if a certain module is enabled, show the runaway how it’s done.
– If you have high martial, you’re invited to a orc martial art competition. Instead of money as prize, you get to either bang the opponents you defeated or their spouses instead. If Netorare is also enabled, if you lose, you have to offer your SO instead.
– If you’re a vampire, you come home to find an amateur hunter waiting for you, only to be ambushed and easily knocked out by you. If you simply feed on them and throw them out, or use hypnotism to make them obedient.
– If you’re a vampire living with your non-vampire SO, a pro vampire hunter is banging on the door. You can try to ambush them, or be a coward and ask your SO to open the door and convince the hunter to leave instead. If Netorare is enabled, your SO might resort to seduction instead …
– Tweaks to the vampire fan scene: the fan is likely to be young and you get their number if you turn them
– Orcs are more likely to have twins or triplets.