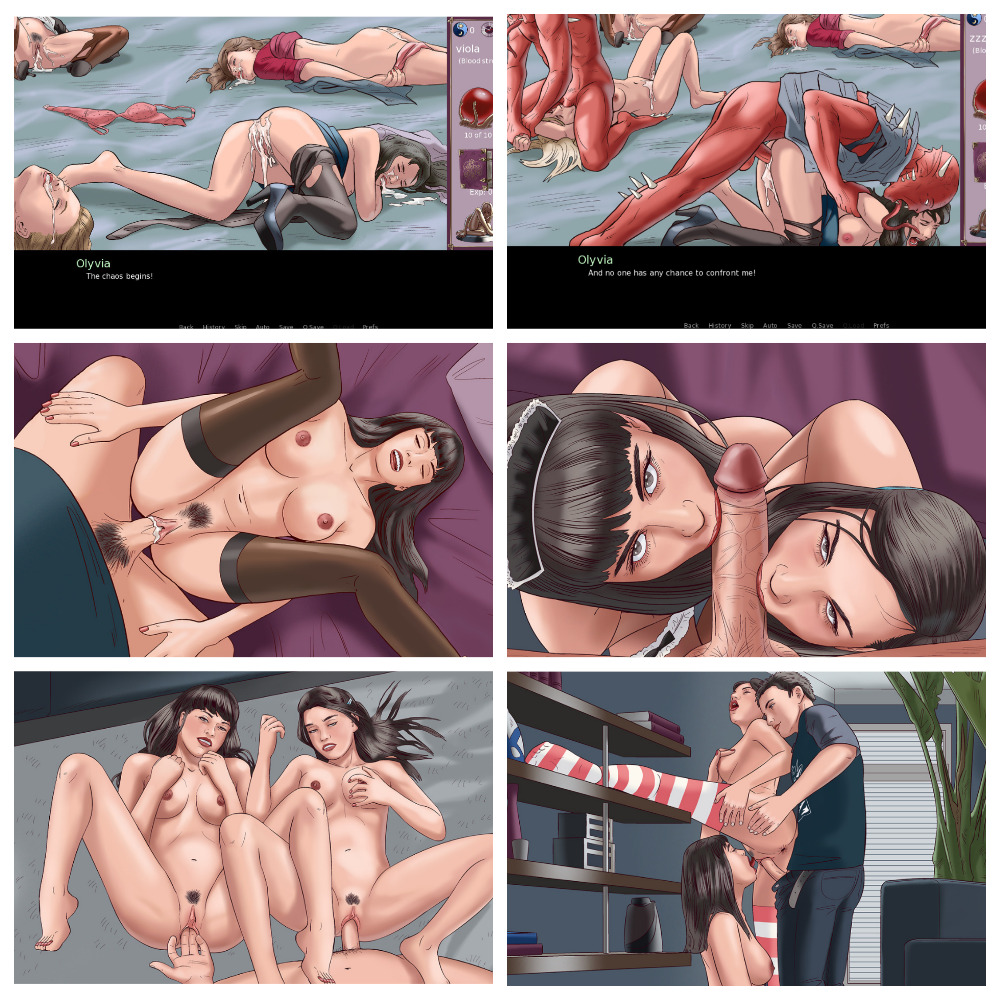 In this game you play as a young man, whose family inherited a mansion from a distant relative. There you are going to reveal some mysteries and to gain some dark powers. You will have to face demon attacks, to meet some strange persons, to protect your family (mom and sister), and to use their gratefulness to gain control over them and to make them your sex slaves.

Changelog:
v0.43 Regular
– the battle against Cherry’s door was added. This door differs from regular doors as it has armor, and you’ll have to use a special spell that can break enemy’s armor (hint: Lisa helps to find this spell)
– added Cherry introduction scene
– restored extended dialogues of Cherry greeting you when you come and making a prediction for you when you leave. Now they differ for different levels of investment.
– added 6 new conversations in the “Talk” option, plus “Compliment” option and “Discipline” option
– added 3 new scenes of Cherry teaching player magic spells and 4 new scenes of Cherry teaching player recipes of potions (unfortunately the skill of potion making doesn’t work yet, will be added in the next update, but you already can buy the recipes)
– restored an option of making investment in Cherry’s buisness (with extended texts)
– restored 7 hot scenes with extended texts (no less than twice more text)
– added 2 new spells for battles: the Fire Ball spell that can deal rather big damage to the enemy even on the low level of this spell, and the Fire Wall spell that creates a wall of fire in front of you, dealing damage to anyone who tries to do a melee attack to you.
– new trading screen and new trading mechanics for Cherry. In the old versions you made investments only to unlock hot scenes with Cherry. Now your investments make the prices of Cherry’s goods more profitable for you. The more investments, the better the prices.
– now you are not returned automatically to the player’s room each time you leave some other room of the house, but go direct to the house map (some players asked me to do so).
– now Emma and Kelly give you quests in the new location – the hallway. It appears only when someone wants to give you a quest.
– we added the new content – random woman that you meet on the streets during the raids. Well, we had something similar in the versions 0.37 and lower, but it’s not some restored old content – it’s totally new. Not a single image and not a single word of text was left from the old version – everything was replaced with new content. It was the most time-taking part of this update.