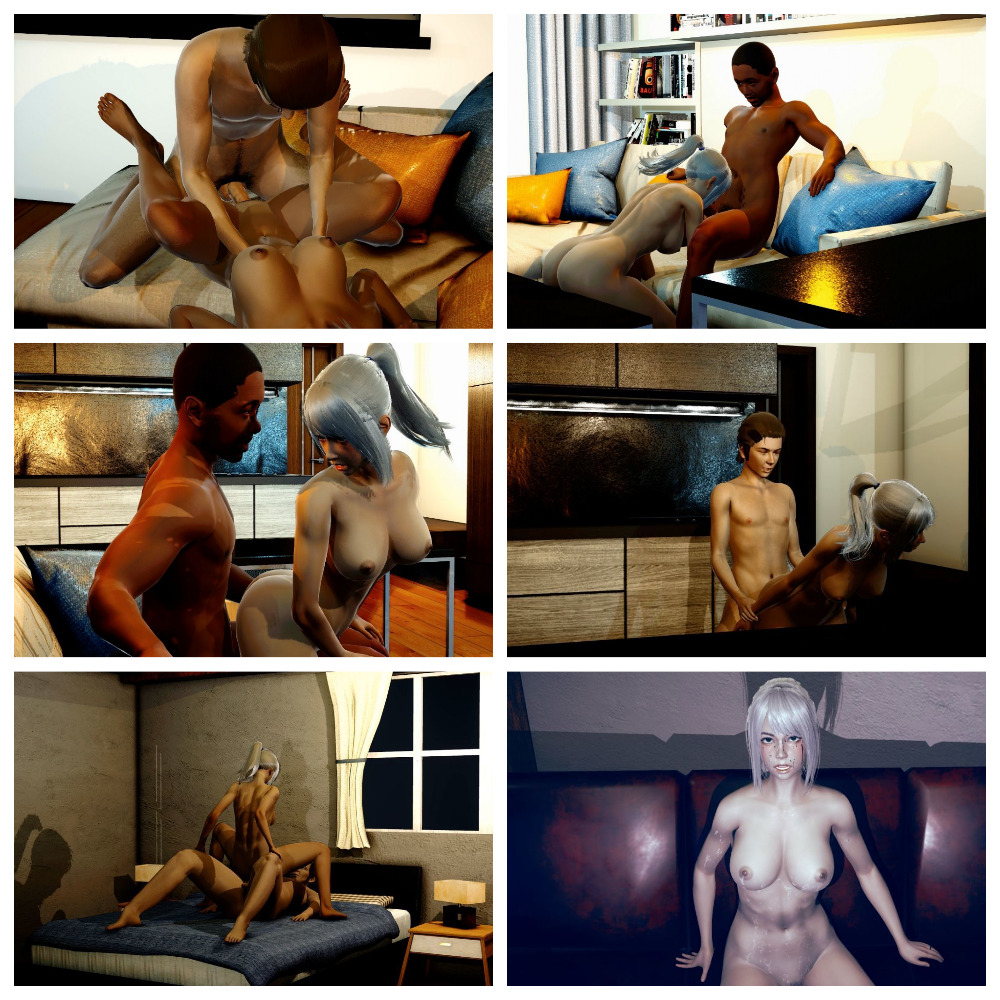 In OnlyHer, you play as a man married to your long time friend as the both of you try your best to avoid all the struggles of daily life! Your day-to-day actions impact how your wife acts around you, and it also affects how much influence people around you can have on her.

Changelog:
v0.2
Gameplay changes:
-Implemented 2 new play-styles (bringing it to 3 total!):
+Full on cuck experience
+Softcore cuck where you enjoy seeing her with other people but hide it from her
+Hard NTR where you dislike seeing her with other people (this is the one that was in 0.1, or at least the majority of it)
-Added options that determine your playstyle during either intro, or if you skipped the intro, it will be during the first time meeting Tyrone (keep in mind that skipping the intro grants an almost non-canon way of talking to your wife about her night with Chou, mainly for efficiency)
-If you are on the cuck path, telling your wife you know about her and Chou will not lead to early ending, instead you will proceed to the open-world (this is the optimal cuck-experience)
-Questlog can now be viewed with hints on how to progress and unlock scenes for each character
-Your money is now separated into either Credit card balance or Bank balance which will reduce the grind to unlock certain existing paths (and potential future ones)
-You can deposit or withdraw money within the bank menu
-All your payments will be made through your credit card balance, so to pay for anything, you have to withdraw money from the bank (includes rent)
-Unlocking gallery scenes will unlock it throughout ALL saves
-You can now visit your wife when she’s at work or go out with her when she’s home (not final version yet)

Story changes:
-New love interest at cafe for you to meet up and interact with (with 3 different events)
-Introduction of a new character from your wife’s past who you can meet
-Rewrote and restructured paths for Rick, Tyrone and Chou (Rick and Chou both have 2 new events each)
-Added SO MANY new dialogues and rewrites to scenes during the intro to ease in the introduction of the new playstyles
-The husband will now react accordingly to his wife being indecent based on the route you chose
-Added a new scene for Burrow’s path on the morning after your wife spent a night with him (Full cuck path only)

General changes and bug fixes:
-Added notices to why certain things won’t progress (insufficient love/insufficient money/etc…)
-Added a splash screen
-Added an NTR warning at the start of the game
-You can now view your inbox/sent mail while being in either tabs rather than having to back out again
-Fixed many images (mainly inconsistent lighting/posing issues)
-Corrected a lot of typos and rewritten many lines