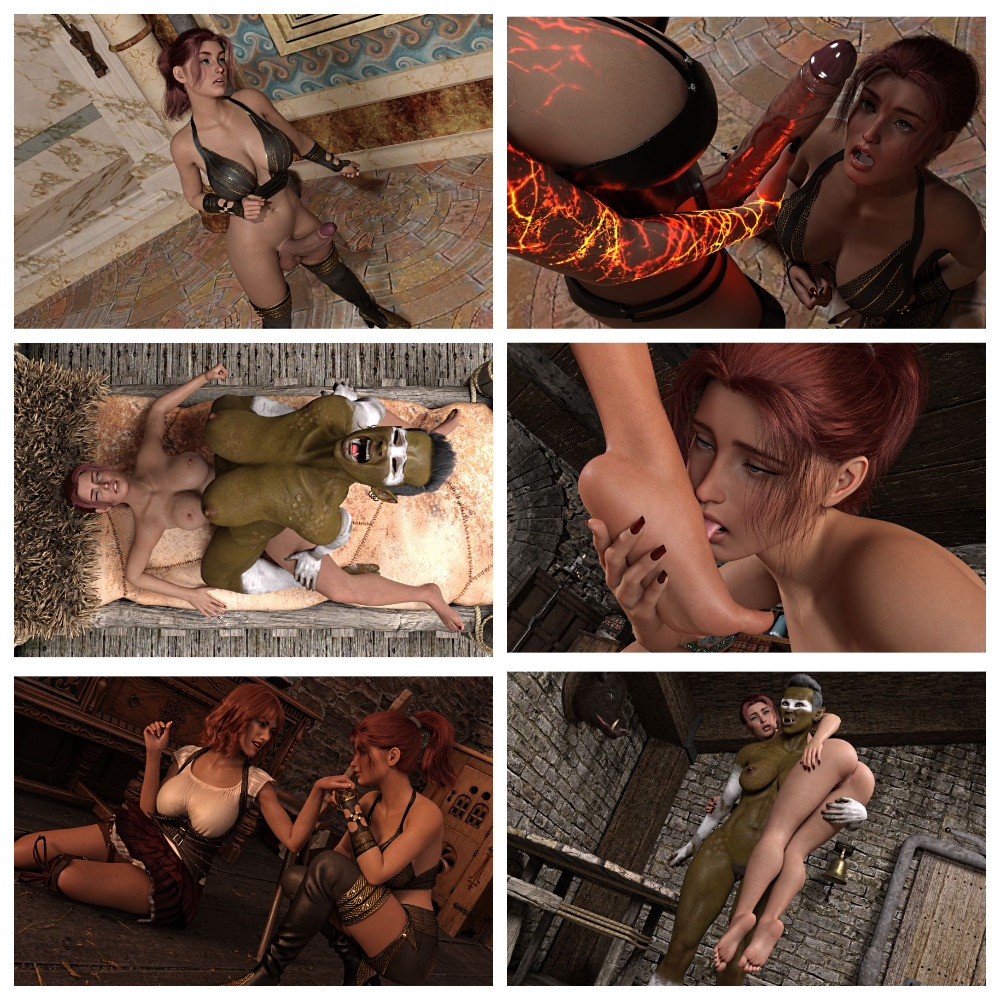 Legends say, that deep in the forest exists a Tower. A magical structure with a witch living on the top floor. It is said among many, that anyone who reaches the top and meets the witch, will have all their wishes and dreams fulfilled.
One such individual is Elyn(or whatever name you choose). A woman with only one dream. To help her family that has been driven out of their village for reasons unknown to her. Will she reach the top or will she give up, never to learn the truth about her family’s past?

-Over 300 new images. 90% of them are full CG renders and the rest are new sprites and backgrounds (That brings the total amount of images to over 600 images)
-Added Powers Tab Screen in the Character Book (You can check Elyn’s Stats, Power History, Equipment and Attacks)
-Added View All Scenes option (You can now choose to view all the scenes or have a choice before every scene.)
-Added Chapter Selection Screen (No need to save before a chapter ends. You can select which Chapter you want to play at the start of the game)
-1 new character added to the Tower (Chamber 2 Guardian – Mog) and their chamber
-3 new characters added as Dream Characters (Dream Characters are not real. They exist only in the main character’s dreams and fantasies)
-1 new power acquired after defeating the Level 2 Tower Guardian
-Even more fetishes added for your pleasure
-1 new 2-part event in the Tower (1 inside the Tower, 1 outside of the Tower)
-1 new Late Morning Event (focusing on Tristy)
-1 new Afternoon Event with Tristy
-1 new Afternoon Event with Irmine
-1 new Special Event with Elyn and Aphrodite (Dream Character)(Special Events are not part of the story and are voted by the good people of Patreon)
-A small interaction between Elyn and Irmine before nightfall
-1 new Night Event (focusing on Tristy)
-1 new Dream Event (where a different version of the MC appears along with the Level 2 Guardian and the 2 Dream characters)
-All the new characters have been added to the Character Book. As you progress through the story, you’ll unlock more of their history and some extra images. The same goes for the existing characters in the book as well.
-New background music for the 2nd level of the Tower and for the special event
-New sound effects for erotic situations, battle and menus
-Added links to social media in title screen
-Added a warning about using old saves (Chapter Select is a better way of playing the newest chapters)

-Increased the size of the images in the Image Gallery (All images are categorized just like before)
-Made the back arrow button in the Character Book easier to press (you had to click exactly on the arrow before)
-Changed position of the character names to be in the middle of the brown box during dialogue
-Elyn’s thoughts now start and end with parenthesis (in addition to the italics that were used before, the MC’s thoughts are now easier to recognize. Thoughts of other characters will also be displayed the same way in all future updates)
-Changed Rakess’ relationship from Wife to Mate after impregnating her (new one fits better with her whole theme)
-Added choices to view scenes where they were missing
-Re-edited some images to fix some inconsistencies
-Added a dash after every entry in the History section of every character in the Character Book (this makes new entries easier to read)
-Lowered the volume of the logo sound effect (female giggle at the start)
-Adjusted background music for better looping
-Fixed an instance of dialogue where Tristy was talking, but the name shown was Irmine
-Fixed Rakess’ Fireball animation not being animated properly
-Fixed battle effects appearing behind the character instead of in front of them
-Fixed some grammatical and spelling errors