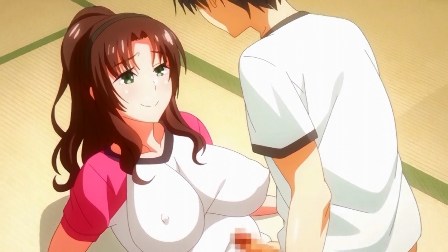 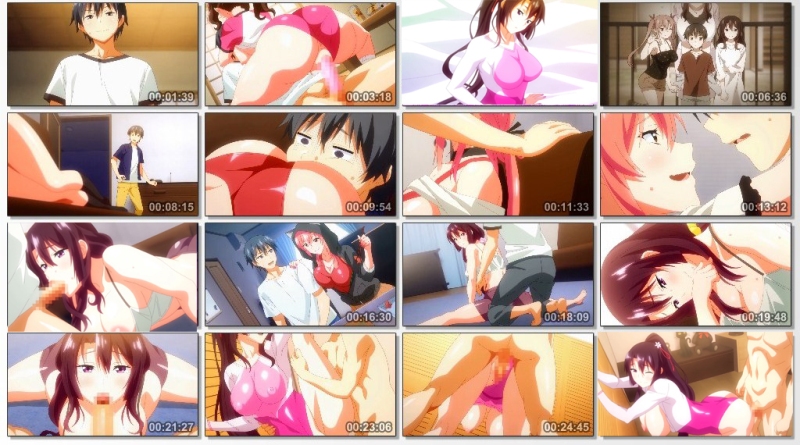 The protagonist of the story, Domo-kun, was adopted into the family of his distant relatives Takamine as a teenager, due to the fact that his parents had to move abroad for some reason. Since then, he has been living with his new family, Kasumi-san’s foster mother, damn cute for her age, and her two daughters, no less sexy handsome sisters, the freedom-loving eccentric Takamine Ayame, who loves to wear a swimsuit under her clothes and is serious and strict, but very caring Takamine Sayuri.
Time passed, the guy matured, and hormones announced themselves, I had to put more effort into fighting dirty thoughts, but with such a family it was the hardest thing, because the girls in the presence of the guy behaved too frivolously.
It all started on the day when Kasumi-san also needed to leave, and she called Tomo to help her pack her things, when things were over, Kasumi decided to celebrate this with a can of beer and invited Tomo to join, getting a little carried away with a drunken gathering, the protagonist lost his temper at the sight of Kasumi’s erotic body, long-standing abstinence broke free and he knocked her to the floor and began to caress the girl’s curvaceous forms. It turned out that she was not at all against, but rather encouraged his actions, then Tomo’s brakes completely failed, and the matter ended in violent sex. The next morning, Tomo was depressed by what he had done, but contrary to expectations, before leaving, Kasumi cheered him up and said that if he released more of his masculinity, he would have many pleasant moments ahead with Ayu-chan and Sayu-chan. Stunned by such words, Tomo still expected to control himself, but where is it when the older sister literally harasses him and teases, what is the point of restraining himself, “it’s a sin at the well and not get drunk,” Tom decides in anticipation of fun days with sultry sisters. ..