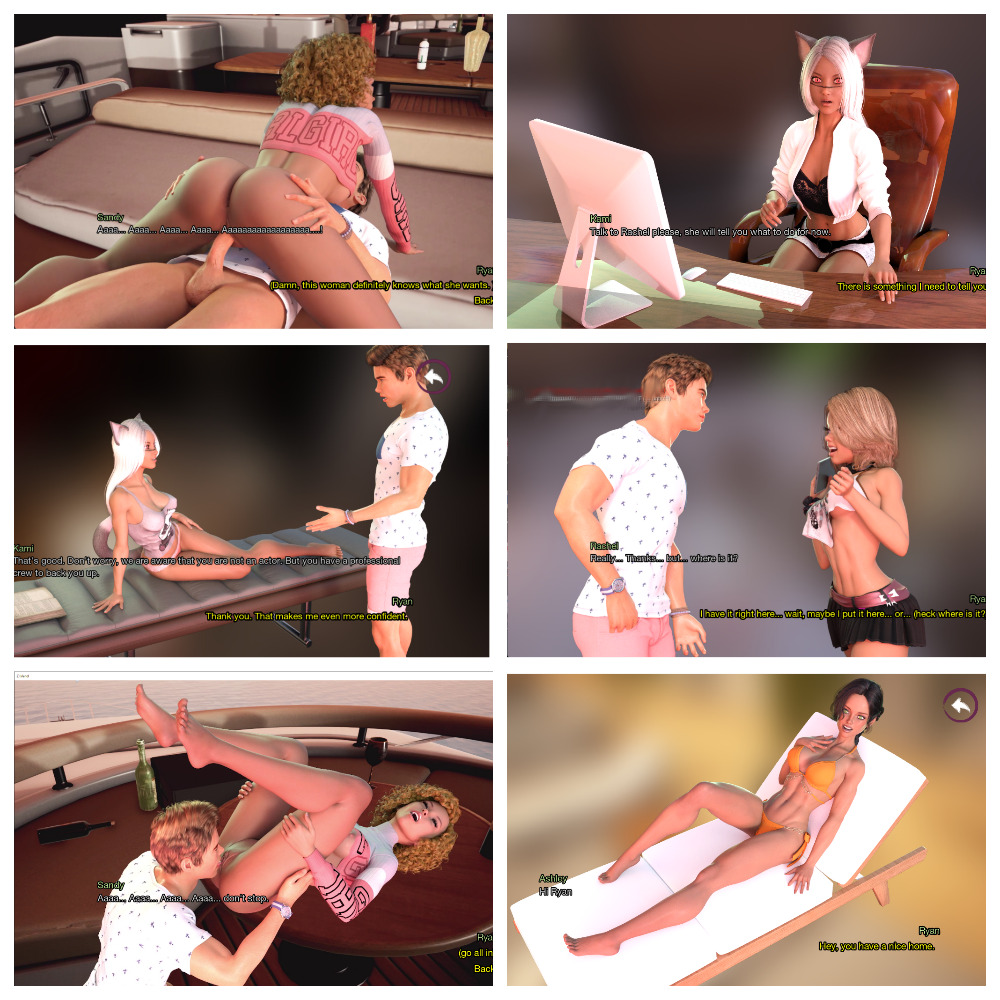 A graphic novel in a 3d world that you can freely explore
Live the story through the eyes of Ryan, our hero.
Who after the death of his father decides to get rid of the company that his father built from dust.
But once he goes there, he will be trapped and delighted with the charisma and sensuality of its members,
who will fight to get the company off the ground.

Z-Island v0.8.5
New features:
NPCs will get smarter and do different kind of stuff at the main island.
NPCs will walk around the gym and do random stuff, you can try to interact with them.
3 new random sex-in-game events at the gym
NPCs walking around at the supermarket
Free-mode during sex can be activated by pressing wheel-mouse-button during sex-in-game events, this is still a WIP

Bugs fixed:
Dialogues typos
Camera errors during sex-in-game interactions
A character that has been undressed will appear as dressed if the game is saved and loaded at the time of the dress-up/undress event bug has been fixed
“Characters speaking after exiting the map” bug fixed
Invisible travel items still working has been fixed
Interrupting Aiko while you help her with her boxes may freeze her (remember to save/load as a workaround)
Dialogues which kept the wrong background fixed

Known-issues:
Car traffic behaving strangely (won’t be resolved until the end of the main story/content production).
Some interactions with characters won’t correctly work after you talk to them, you can talk again and “reset” action, or save/load if it doesn’t work
Randomly “E” action will be disabled, you can still interact with the character with “click” until we fix this bug