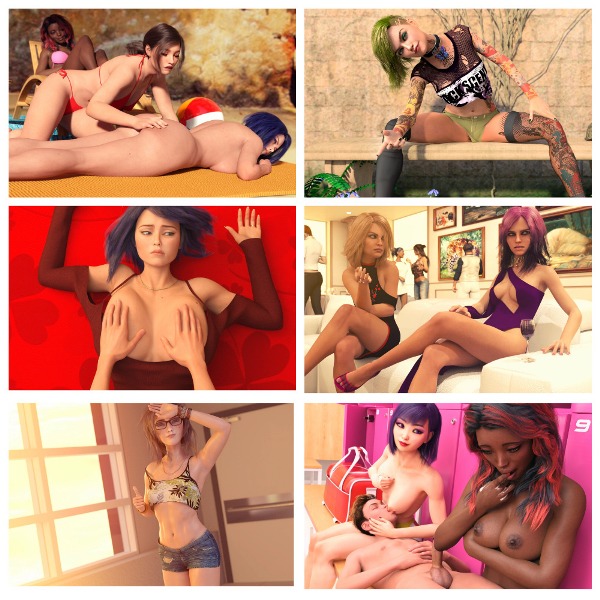 The story is happening around your character, who was unwilingly sent to his mother house. The city you have known before is now like different – so much has changed. Above all, after just one mistake you lost your siblings trust. No money, no love, only your new camera and desire to turn things upside down.

New scene for Charlotte’s service ‘Drink tea’ as well as one new service at RM (+1 service for Charlotte at the parking lot)
Two services for Quinn at RM
New scenes for Daniella’s news
A couple of scenes for Adrian and Bobby at school
2 new scenes with Lina (if ‘Risa+Lina’ route has been chosen)
A lot of Lina’s scenes has been rerendered (+1 new image for hospital sex scene with Lina; Risa blowing you under the table is now animated)
Lina’s old scenes text correction
‘Digital arts’ location is now replaced by ‘Science club’ which you can find at school in the morning
137 images, 155 rerenders (+1 animation rerendered), 7 animations